Small Engine Repairs Special! Save $50 On Diagnostics Regularly Priced At $95!

Pay only $45 for Diagnostics on all small engine repairs and pressure washer pumps!  This includes snow blowers, leaf blowers, lawn mowers and any type of gas powered equipment you have!  Just load it up and bring it in the store and leave the rest to us! Our mechanics will diagnose each piece of equipment to see what type of repairs it needs to ensure that it’s in proper running condition so your equipment is ready to go when you are! 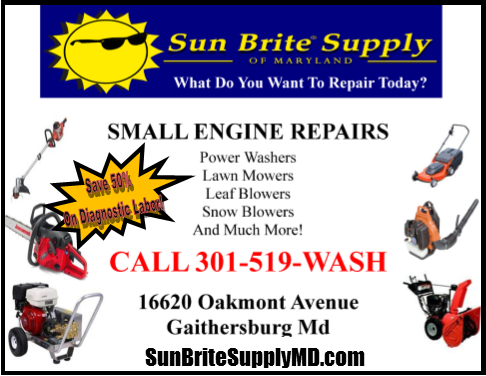 Small gas engines serve us in many ways. They power lawn mowers, tillers, cultivators, trimmers, edgers, snowblowers, chain saws, pumps, generators, air compressors, pressure washers and other useful home tools. They also power our fun: outboard boats, snowmobiles, motorcycles, all-terrain vehicles, ultralight aircraft, and other toys. To keep them operating efficiently,
an owner of these tools and toys should know about small engines: how they work and what to do when they don’t.

Small gas engines are made up of individual systems that work together to produce power. Each system has many components.  Internal combustion gasoline-powered engines require six systems: fuel, exhaust, ignition, combustion, cooling, and lubrication. In this article, we will discuss the systems and components that make small engines work.

The ignition is a primary system within all small gas engines. It produces and delivers the high-voltage spark that ignites the fuel-air mixture to cause combustion. No spark means no combustion, which means your engine doesn’t run.

Below are the components found in small engine ignition systems. Some systems will include breaker point ignitions while others depend on solid-state ignitions.

Magneto-Powered Ignition System: A magneto uses magnetism to supply electricity in ignitions where there is no battery.

The magneto is turned by the crankshaft, which rotates when the manual recoil starter is pulled. The three types of magneto ignition systems are mechanical-breaker, capacitor-discharge, and transistor-controlled.

Battery-Powered Ignition System: If your small engine includes a battery for starting, the ignition coil will also use it to supply spark to the spark plugs. A battery stores electrical energy until needed. Battery ignition systems also use mechanical-breaker, capacitor-discharge, and transistor-controlled ignitions.

Mechanical-Breaker Ignitions: High-voltage electricity must be sent to the spark plug at the appropriate time. In mechanical-breaker ignitions, this job is performed through the contact points and a condenser.

Points: As the crankshaft rotates, a cam opens and closes a set of contact points. These points function as an on/off switch: Closed is on, and open is off.

Capacitor-Discharge Ignitions (CDI): A capacitor is a large condenser. A CDI stores and delivers voltage to the coil using magnets, diodes, and a capacitor

Transistor-Controlled Ignitions (TCI): Transistors are electronic controllers. A TCI uses transistors, resistors, and diodes to control the timing of the spark.

Coil: An ignition coil is simply two coils of wire wrapped around an iron core. The coil changes low voltage (6 or 12 volts) into the high voltage (15,000 to 30,000 volts) needed by the spark plug.

Spark Plug: A spark plug is an insulated electrode that is screwed into the top of the engine cylinder. High-voltage timed electricity from the magneto travels by wire to the spark plug. The base of the plug has an air gap of about 0.030 inch (30 thousandths of an inch), which the current must jump.

Crankshaft: An engine’s crankshaft is a metal shaft with an offset section onto which the connecting rod is attached.

Valves: Valves simply open and close passages. A reed valve in a two-stroke engine is activated by changes in air pressure.

Flywheel: At the end of the crankshaft is a circular weighted wheel called a flywheel. The flywheel delivers the engine’s power to devices (wheels, blades, etc.) and helps keep the crankshaft turning smoothly.

Cylinder Head: The cylinder head is the top, or ceiling, of the cylinder and is attached to the block with bolts.

Depending on the type of engine, the head may or may not include valves.

Piston: A piston is the movable floor in the combustion chamber. Its upward movement compresses the fuel-air mixture.

After combustion, its downward movement rotates the crankshaft.

Cylinder Block: The largest single part in a small gas engine is the cylinder block. It is a piece of metal in which the cylinder hole is bored or placed.

Condenser: Because the spark moving across points can damage their surfaces, the condenser stores voltage to reduce arcing between points.

Distributor: A distributor is an ignition system for engines with more than one cylinder and spark plug. It distributes the spark to the appropriate cylinder using a rotor, cap, and individual spark plug wires.

Primer: A primer injects a small amount of gasoline into the carburetor throat to make the initial fuel-air mixture rich.

A primer is used to help start a cold engine.

Choke: Some engines control the richness of the fuel-air mixture at startup by controlling the air rather than the fuel.

A choke reduces the amount of air in the fuel-air mixture.

Governor: A governor is a device that automatically opens the engine’s throttle when more power is needed and closes it when the load is light.

Muffler: Small gas engines, especially two-stroke engines, are noisy when they operate. A muffler reduces the sound of the exhaust gases by passing them through baffles.

Spark Arrestor: A spark can exit the exhaust port of a small gas engine, potentially starting a fire on nearby combustibles. A spark arrestor on the exhaust port can reduce the chances of such a fire. Spark arrestors are especially important on chain saws, motorcycles, and all-terrain vehicles operated in dry woodlands.

Filter: A carburetor jet has a small opening that can easily become clogged. A fuel filter traps dirt and sediment from the gas before it is delivered to the carburetor.

Pump: A fuel pump produces a vacuum that pulls the fuel from an unpressurized tank, then delivers it to the carburetor.

Carburetor: The carburetor has one job: to mix the correct proportion of gasoline and air for the engine. Too much gasoline in the mixture makes it rich; too little gas makes it lean.

The fuel and exhaust systems are critical to operation. They furnish the fuel for combustion and remove exhaust gases.

The following are components of a fuel and exhaust system.

Gasoline: Gasoline is a combustible liquid that burns relatively slowly. However, when sprayed as a mist and mixed with air, it is quite explosive. All it needs is a spark. Two-stroke engines require that oil be mixed with the gasoline to lubricate internal parts. Four-stroke engines use a fuel-air mixture.

Fuel Line: Fuel is moved from the tank to the pump and/or carburetor through a fuel line. Pressurized fuel systems often have a squeeze bulb in the fuel line for building pressure.

Friction: Friction is resistance that occurs when one surface rubs against another. Friction causes wear. In an engine with many moving parts, friction is reduced with bearings and lubricants.

Filters: Friction happens. Moving parts wear, even with the best lubricants. The resulting metal as well as carbon from the combustion process must be cleaned from the oil to ensure long lubrication. Some small engines use oil filters to remove contaminants from the circulating oil.

Regularly servicing your small engine will ultimately save you money and time. In the next section, we’ll review how, where, and when to service this engine.

Combustion and friction produce heat. Heat and friction — if not controlled — can quickly damage an engine’s components. Small gas engines are typically cooled by air. Friction is reduced using movable bearings and lubricants.

Air-Cooling Fins: For simplicity, most smaller gas engines are cooled by air. Metal fins around the outside of the combustion chamber help dissipate the internal heat.

Lubricants: Lubricants such as oil and grease reduce surface friction by coating parts with a film. Lubricants in two-stroke engines are applied to surfaces by mixing oil with fuel.

Viscosity: An oil’s viscosity is its resistance to flow. The thicker a lubricating oil or grease is, the higher its viscosity number.

Get A Free Pressure Washing Guide 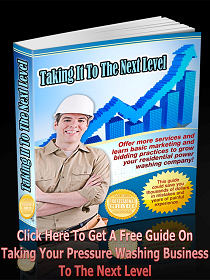